Frank Lumber “The Door Stores” ™ environmental projects. Working to establish & improve the Salmon Runs in local Creeks and Streams. The salmon eggs have hatched in the 2 creeks that Frank Lumber has created hatcheries. McAlleer Creek and Lyon Creek.

Lyon Creek comes from wetlands in south Snohomish County and flows 3.8 miles through Lake Forest Park, then drains into the NW corner of Lake Washington. The drainage basin is approximately 2,600 acres in size, one of the smallest of the Lake Washington tributary systems. The upper drainage basin is composed of a westerly fork within the City of Mountlake Terrace and an easterly fork in the City of Brier. The west fork of Lyon Creek traverses three wetlands within the City limits of Mountlake Terrace

The suitability of the salmon’s habitat of Lyon Creek has been impacted by high storm flows that have resulted in lack of spawning habitat. Historically, sockeye and coho salmon and cutthroat and rainbow trout had been observed throughout Lyon Creek.

McAleer Creek is an local creek about 6 miles long, flowing from Lake Ballinger in southern Snohomish County to Lake Washington. It is a salmon-bearing stream that also provides habitat to cutthroat trout, as well as watering a series of riparian areas, mostly in Lake Forest Park. McAleer Creek is named after Hugh McAleer, a pioneer landowner.

McAleer Creek rises on the southeast side of Lake Ballinger and runs southeast. It first flows through Nile Golf Course in Mountlake Terrace. It enters a culvert under Interstate 5 and emerges into the Lake Forest Park flood control system. It then flows through residential streets and a wooded ravine until it passes under Perkins Way, where it joins Whisper Creek as the latter flows southward. The stream emerges into the woods once again, following Perkins and later 180th Street Northeast, entering another culvert to flow under 178th Street Northeast. It opens once more as it flows into Blue Heron Park, then moving under Bothell Way into a series of weirs and fish ladders. The stream then empties into Lake Washington near the intersection of 168th Street NE and Shore Drive.

McAleer Creek supports the habitat of numerous locally important bird and fish species. Birds nesting in the stream's canyon include hawks, kingfishers, and herons, and fish it bears include salmon, trout, and bass. Many segments of the creek's route are shaded, benefiting the fish, but others are open to the sun and subject to overheating.

Frank Lumber “The Door Store” has been working on the McAleer Creek Salmon Revitalization Project for seven years. Releasing approximately 8000 salmon a year.

TYLER C. ERBEN - This IDIOT KILLED 4000 salmon and destroyed the salmon sanctuary by his STUPIDITY AND ARROGANCE! If you see this person on the property please call 911.

All of the eggs had hatched and were getting stronger before released into the creek to start their journey. He cut off their water supply and they all died. All the employees and their kids were very upset by the destruction.

Because of this person’s stupidity and arrogance to the property, we are forced to change the rules of this property, not allowing people to drink alcohol or smoke and no one is allowed on the property after dark. Cameras are now on the premises! SMILE!!!

We would have loved to keep this property as it was, but because of the damage to the property, we had to change the rules.

Salmon Killer
This IDIOT KILLED 4000 salmon and destroyed the salmon sanctuary by his STUPIDITY AND ARROGANCE!
If you see this person on the property please call 911.
Print Posted Flyer Here 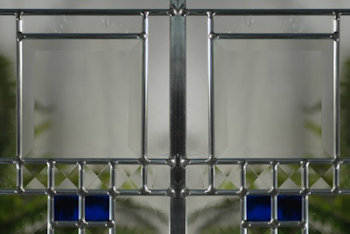 Frank Lumber's team of expert sales-people provides you with personalized service and advice for all of your door projects.

Odd sizes and out of the ordinary doors are our specialty, we welcome them. Custom homes, remodels, commercial projects, or single door replacements- we are here to help you right now.

Frank Lumber was established in 1948 supplying building materials and hardware to the North Seattle area.

Frank Lumber began selling doors during the 1960's to satisfy demand by local contractors. Doors became an ever-increasing part of our business and today we specialize in doors and door hardware.